Are you searching for concrete blocks in North Texas? Then look no further, you’ve come to the right place. Please contact us to discuss your concrete block project.

Are you interested in a supply of concrete blocks for Abilene, Texas? Search no further, we can fulfill your need. To discuss how we can help provide for you and your project, give us a call at: 817-736-2525.

The City of Abilene, Texas.

Abilene, established in 1881, is around 180 miles outside of Dallas and is located near the exact geographical center of the state. The city lies on I-20 and the junction of U.S Routes 83 and 277, also including access to Texas State Highways 36 and 351. Some main attractions within the city are the Paramount Theater, Grace Cultural Center, and The Abilene Zoo.

There are varying names for each, but we provide many versions of concrete blocks.

The block we most readily provide for Abilene and surrounding areas, is the V-block. This type of block has a V-shaped wedge on top and on the side. A rebar handle loop, that is located on the top of the block, is used for picking up the block. If you need the blocks to interlock for your project, that’s no problem. The top and side of the block have a special, reverse V-wedge that allows them to connect together with ease. These full sized wedge blocks weigh in at 3,600lbs and measure to be 6’L x 2’W x 2’H. However, there is also a half sized version of the block which weighs only 1,800lbs and measures 3’L x 2’W x 2’H. Thirteen full sized, or twenty six half sized blocks, can fit per flatbed trailer. 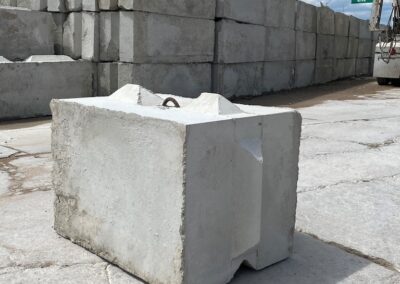 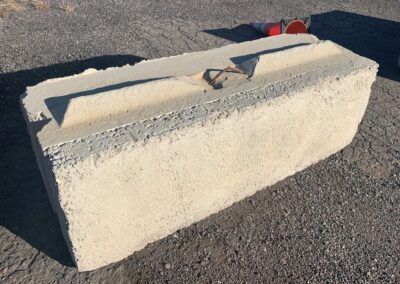 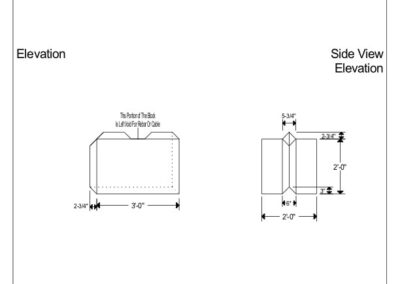 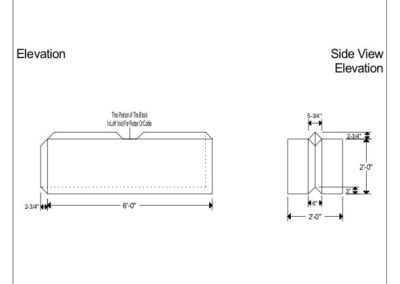 What service do our blocks provide?

Our Concrete Blocks Central Texas have been used in a number of ways, and maybe you will discover a new way to put them to use!  However, here are some of the many ways these blocks have been tactically put to good use: controlling traffic, managing parking lots, security of utilities, separation of property, element storage for road districts, anchor weights, protection for fuel or propane tanks, retaining walls made of concrete, the creation of bins used for storage, and as common weight. Not only are there many types of blocks, there are many more uses for them as well. 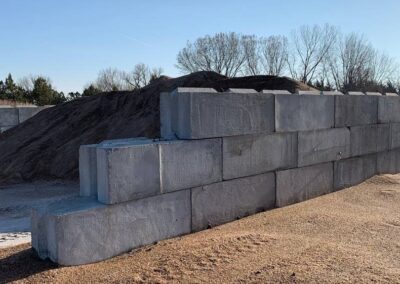 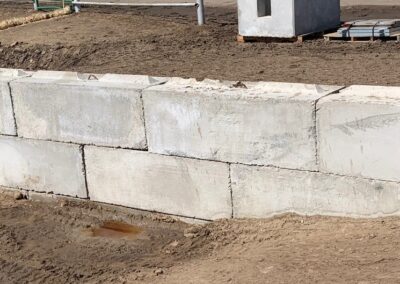 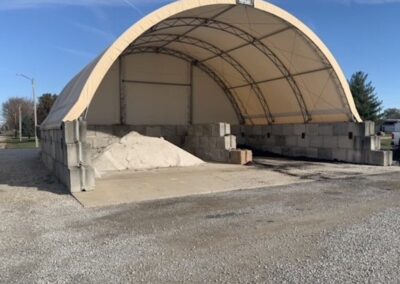 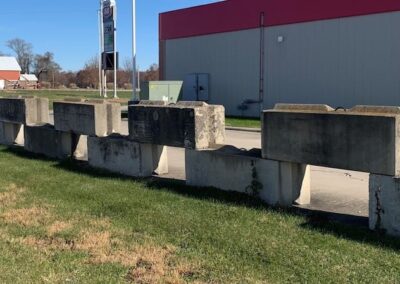 How do you receive the blocks?

Typically, we have two methods of getting your blocks to you and your project site. We provide the opportunity of delivery or pick up Concrete Blocks Central Texas. In order to provide you with delivery of the blocks, there are a few requirements that must be met. You will be expected to have on-site equipment in order to unload the delivery once it arrives. The equipment needed in order to unload the blocks will need to withstand carrying at least 3,600lbs or 1,800lbs, depending on the type of block being delivered. The blocks will not require any unique rigging in order to move them. Although, the blocks have a height of 2’ and the typical delivery truck bed is 5’ high. With this being said, your equipment will have to be able to reach 7’+ in order to properly move the blocks from the trailer bed. By attaching a chain to the rebar loop handle postioned atop the concrete block, you can easily and efficiently maneuver the blocks. Please remember that your job site must have enough space in order for a 48’-53’ semi truck to turn around and exit the site. However, if your site does not meet that specific requirement, we can discuss another location to unload the blocks, and use smaller machinery to move them to the actual site. Another option for receiving your blocks is to schedule a date and time to come to the facility and pick the blocks up yourself. Don’t worry, once you arrive, we will load the Concrete Blocks Central Texas onto your trailer for you!

However, you will need to personally provide straps and/or chains to fasten the blocks to the truck bed. Have any questions regarding either of these forms of transport? No problem. Feel free to contact us with any questions or concerns you may have. 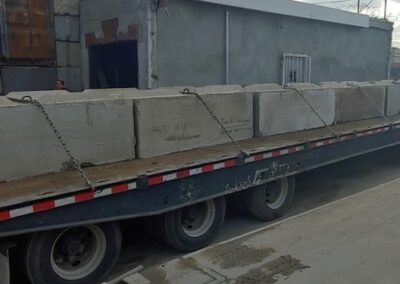 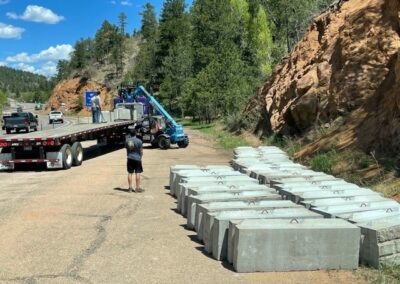 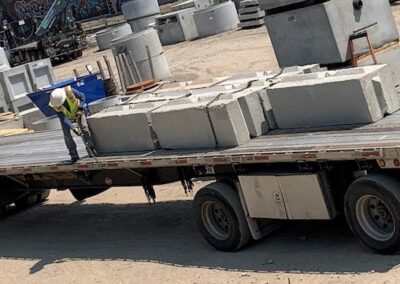 We are happy and honored to provide service to Abilene and surrounding cities, so we would enjoy sharing some interesting trivia questions and facts regarding your wonderful city and state!